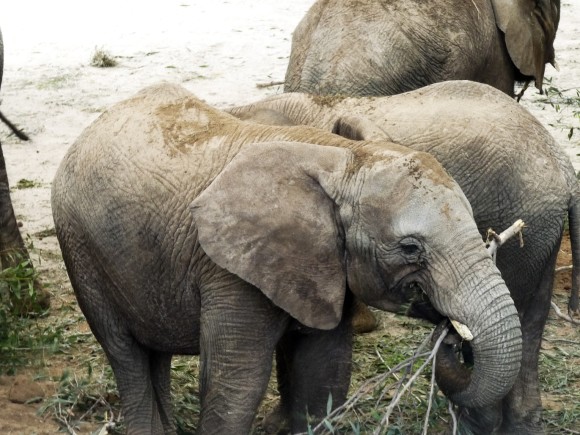 LAN CARGO transported nine African elephants from Namibia to the Africam Safari Park in Puebla, Mexico. The operation was overseen at Mexico International Airport by MAS Air, the company’s representative and commercial partner.

We invite you to learn about this story…

These elephants are originally from Namibia, a country located in the southeastem part of Africa, renowned for its rich wildlife and natural resources, but also the ilicit hunting of elephants. African elephants find themselves on the brink of extinction. It is estimated that the consequences of this practice have, over the past 20 years, razed the elephant population from one million to just half a million.
Owners of the Africam Safari Park in Puebla, Mexico, the Camachi family, contacted the Namibian government organizations to arrange the elephants’ rescue.
After weeks of coordination, logistical planning, and obtaining permits, the elephants set off on a flight to Mexico City. The elephants belong to the Loxodonta Africana species, with the smallest weighing 400 kg. and the largest 1,200 kg. The elephants’ ages range from four to nine years old, with heights varying between 1.40 and 1.80 meters.
The operation between Naminia and Mexico City lasted more than 24 hours, with stops in Sao Paulo and Santiago. During the flight, the elephants ate alfalfa, fruits and vegetables. Veterinarians accompanied them for the entirety of the trip, also spendering time with them before hand to create a sense of trust between the animals and their caretakers.
The trip was carried out on a Boeing 777 cargo aircraft, a twin-engine long-haul plane with a capacity of 104 tons. Each of the elephants traveled in a thick iron cage measuring 11 ft by 8 feet, with a height of three meters. The care required by these animals is multi-faceted: it’s highly important that they have silence, comfort, space within the cage, and constant supervision.
Located 17 kilometers from the city of Puebla, and 120 from Mexico City, the Aafricam Safari Park was founded nearly 40 years ago by Captain Carlos Camacho. Of its 200 hectares, Africam has dedicated 80 to its safari attractions, allowing visitors to take a bus or drive their car past animals living in areas very similar to their car past animals living in areas very similar to their natural habitats. The safari aims to replicate the habitats of its 2,500 animals, which belong to 300 species from around the world.
For 40 days, the elephants were under the care of specialists, forgoing contact with the public.These measures were meant to ease their adaptation to their new environment.
Today, the elephants are a part of the Africam Safari Park, living in a hábitat that ensures their health and promotes their natural behavior. In addition, they are largest group of African elephants in Latin America, and form part of an international conservation program with a goal to protect the species over the long term.
The entire rescue process was documented by National Geographic, and was one of the main subjects of its IMPOSSIBLE CARGO (Cargas Imposibles) series.