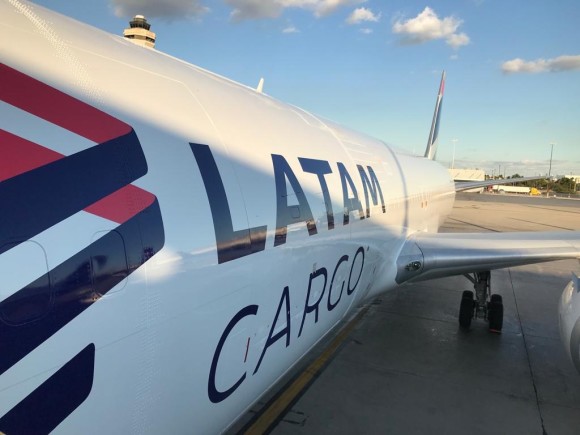 The leader in air cargo transportation to, from and within Latin America will end 2019 with increased cargo capacity, after taking delivery of another B767-300BCF (Boeing Converted Freighter). This is the third and last converted aircraft the LATAM Group will receive under the contract signed with Boeing in late 2017, which provided for the conversion of three B 767-300ER (Extended Range) passenger airplanes from LATAM Airlines Group to a cargo configuration, the first of which was delivered in December 2018 and the second in July 2019.

After reception, the company will close the year with a standardized fleet of eleven all-cargo B767-300s that will strengthen its presence in the Latin American market.

“Adding this last Boeing 767BCF is a major milestone for the LATAM Cargo Group, as we now have a fleet that is 100% compatible with our strategy and the reality of the markets we currently serve. Moreover, we operate the aircraft type that best responds to the market sizes and products we carry. This will enable us to solidify our position in key markets, provide our customers with more and better options and boost our profitability,” commented Andres Bianchi, CEO of LATAM Cargo Group, adding that the company has the flexibility to convert more passenger airliners to freighters as new opportunities arise.

By increasing capacity, the company strengthens its position in Latin America, especially on the routes from Colombia and Ecuador to the United States. In fact, it has almost tripled its offer between Bogota and Miami, and increased capacity between Quito and Miami by over 35%.

Initially, the converted freighter will operate 14 weekly flights to Colombia, Ecuador, Chile, Argentina, Uruguay, Peru, Paraguay, Brazil and USA. In the future, it may also be used in Europe.

“We are the largest air cargo company in the region, with a robust, growing fleet and the service schedule that best adapts to size and seasonal fluctuations. Our fleet growth is part of our strategy to increase our combined passenger and cargo belly capacity and to permanently evaluate new routes to satisfy the needs of our clients,” said Kamal Hadad, Network and Alliance Director of LATAM Cargo Group.

The airplane operated by LATAM Cargo Colombia under nose number N542LA had its maiden voyage on Saturday, December 7 on the Miami-Bogota-Miami route.

Background of the change

In late 2017, LATAM Cargo Group announced its decision to standardize its fleet by withdrawing its last B777-200F and operating exclusively with B767-300F aircraft to better adapt to the changes in demand of the Latin American market. The company therefore sold its last 777F and signed an agreement with Boeing for the conversion of three LATAM Airlines Group 767-300ER passenger aircraft to a freighter configuration.

Over the last four and a half months, the third LATAM Cargo Group BCF underwent the conversion process at the SASCO facilities in Singapore.