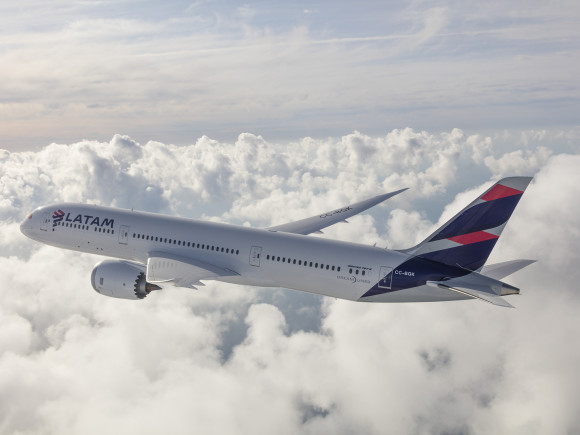 The program has provided free transport for more than 900 healthcare professionals, 400 people with urgent need of medical assistance and more than 700 organs and tissues for transplants since March.

Santiago de Chile, December 10, 2020 - LATAM Airlines Group announced that, through its Solidarity Plane program, it will make available to the authorities of the countries where it has domestic operations (Brazil, Chile, Colombia, Ecuador and Peru) the free transportation of COVID-19 vaccines in their regular domestic flights, once available. As of November, the LATAM Group operated more than 17 thousand domestic flights in those markets, offering passenger and cargo connectivity through 91 destinations in South America.

“During this entire global health crisis, we have not spared efforts to collaborate with the communities of the countries where we serve through our Solidarity Plane program. We are excited to announce that LATAM’s domestic operations will be available to support the distribution totally for free, of vaccines according to what the authorities of Brazil, Chile, Colombia, Ecuador and Peru may determine,” Roberto Alvo, LATAM Airlines Group CEO explained.

Since last August, a team of over 20 people from LATAM Cargo has been planning and advancing the possible transport scenarios, considering the country and destination, infrastructure of the airports and associated logistics in preparation for the potential transfer of the vaccines. Currently, LATAM Cargo counts on 30 receiving points for medical inputs throughout the world, which include Europe, United States and Chile, and four that are waiting to be inaugurated in China.

LATAM Cargo is the first airline of the American continent to obtain the CEIV Pharma certification, under IATA, as the first in South America that relies on it. In this manner, the company validates the high standards it offers for the transport of pharmaceutical products with temperature control.

The free transport of COVID-19 vaccines is the latest initiative of the Solidary Plane program, which has acted as an aerial bridge between South America and the world during the pandemic. Since last March 23, the program has carried more than 900 healthcare professionals for free, a project which the group has extended until January 31, 2021. Likewise, the program has transferred 400 people with urgent need of medical assistance and more than 700 organs and tissues within South America.

Moreover, it has contributed towards the offering of second chances of life to patients with blood cancer when transferring, for the first time, through LATAM Cargo, stem cells. Up to this date, eight stem cell transports have been carried out: six to Chilean patients through the Frankfurt – Santiago route; one from Brazil with destination to Argentina, as well as another from Santiago to Europe.

On the other hand, through LATAM Cargo, Solidary Plane has carried more than one thousand tons of cargo, mainly medical inputs such as masks, rapid COVID-19 detection tests, drugs, among other products, from different parts of the world towards the region, benefiting Argentina, Brazil, Chile, Colombia, Ecuador and Peru. The most relevant milestone of the transfer of medical inputs was that LATAM Cargo conducted for the first time the route to China, carrying out 60 flights from the Asian country to the region.